Nautische Instrumente Mühle-Glashütte is now the only watch manufacturer in the German town of Glashütte that is still owned by a long-established local family. Our family has been based in the Glashütte region for more than 700 years and has been working in the town’s watchmaking industry over a total of five generations without interruption. The family company was founded by Robert Mühle in 1869. He initially produced highly precise measuring instruments for the watch manufacturers in Glashütte and then went on to also make speedometers and rev counters. The company’s current focus emerged under the management of the fourth generation of the Mühle family: the production of high-quality wristwatches, marine time systems and other nautical instruments. Although the type of measuring instruments manufactured by our company has changed over the last 149 years, we are proud to declare that the name “Mühle” has now represented precision and precise measurement in Glashütte for five generations.

The MU 9411 hand-wound movement was the first movement to be fully designed by Nautische Instrumente Mühle-Glashütte from start to finish. The majority of the components that play an essential role when it comes to the quality and precision of the movement were, and still are, manufactured at the company or especially for the company. Our CNC machining centres are used to manufacture parts such as the solid Glashütte three-quarter plate, in which the crown wheel and ratchet wheel are mounted in a visible position. The hand-wound movement was premiered in the Teutonia III Handaufzug. 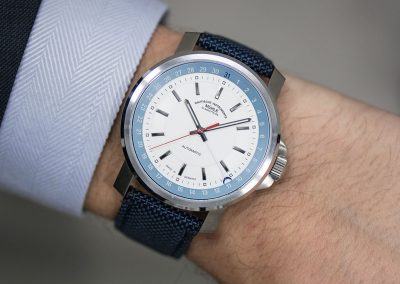 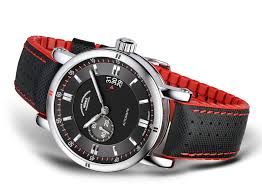